Cruising Indonesia: The Wallace Line and the Coral Triangle 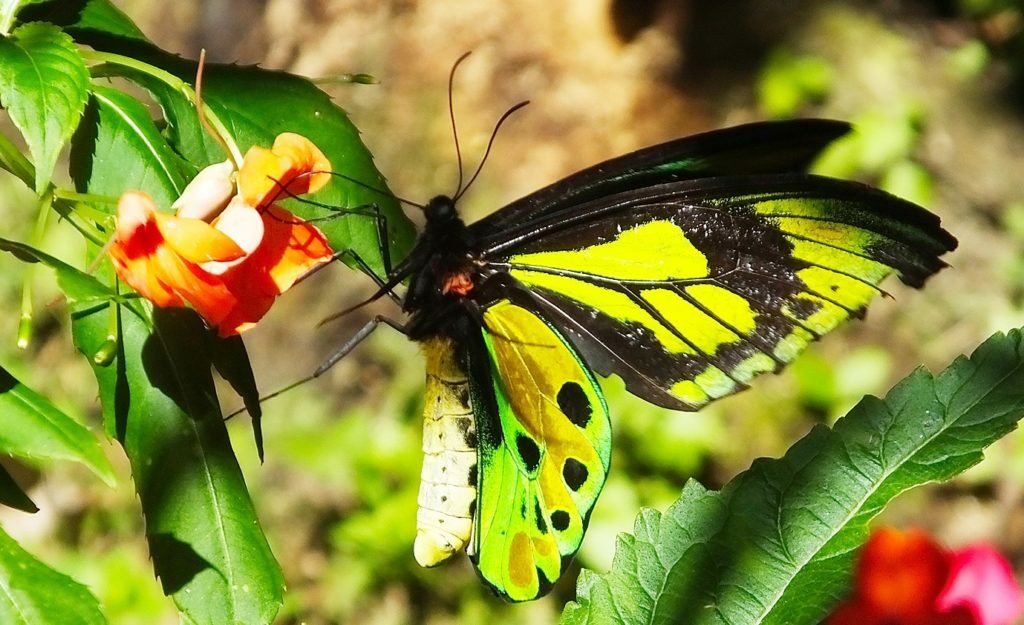 Indonesia sits in the heart of the ‘Coral Triangle’, the most marine diverse region on our planet.  On land, Indonesia is as equally unique as it is beneath its waters and this incredible archipelago inspired the works of Alfred Russel Wallace who wrote the acclaimed ‘Malay Archipelago”, and whom the ‘Wallace Line” was named after. But what was it that caused Indonesia to capture the heart of such an intrepid naturalist and explorer? Read on to find out more…

Alfred Wallace, The Wallace Line and The Coral Triangle

Alfred Russel Wallace (8 January 1823 – 7 November 1913) was a British naturalist, biologist and explorer most famous for conceiving the theory of evolution through natural selection. Wallace’s paper on the evolution of species was jointly published with work from Charles Darwin but when Darwin published his book “On the Origin of Species’’ it was his name that became famously associated with theories of evolution. Wallace was considered by many to be the 19th Century’s leading expert on the distribution of animal species and he has been referred to as the ‘Father of Biogeography’.

As well as studying the geographical distribution of species Wallace made numerous contributions to evolutionary theory including leading work on the concept of warning coloration in animals. Unlike many other preeminent scientists and naturalists at the time Wallace did not come from wealthy roots and he struggled with financial hardship throughout his lifetime. Much of his funding came from collecting specimens during his travels which he sold to collectors back in Europe – with varying levels of success. Much of the fortunes that he raised through his work as a collector he lost later in a series of bad investments leaving him to finance himself through writing numerous publications.

Wallace struggled to find a permanent, long-term salaried position and it was thanks to the efforts of Charles Darwin, amongst others, that he was eventually awarded a small government pension to support himself later in life.

Wallace documented his adventures meticulously and his reports of his explorations in Singapore, Indonesia, and Malaysia are regarded by many as the best journals of scientific exploration published in the 19th Century. During his travels in the Indonesian Archipelago Wallace collected over 126,000 specimens, several thousand of which were new discoveries to science. It was during his time in Indonesia that he pondered upon his theories of natural selection which were published in 1869 in ‘’The Malay Archipelago’’ – a work that was dedicated to Charles Darwin and has never since been out of print.

The Wallace Line and Wallacea

It was during his field research in Indonesia that Wallace began to notice differences between the fauna in the east and the west of the archipelago; he discovered a faunal divide that split Indonesia into two separate parts – this divide became known as the Wallace Line.

Millions of years ago during the ice ages sea levels were considerably lower and Asia and Australia were joined together and formed one huge landmass on which numerous species lived, roamed and reproduced freely. This continued until the end of the ice ages when sea levels rose and plate tectonics started to take effect and pulled these landmasses apart allowing water (oceans) to flood the spaces that opened up between them. As the two separate continents of Asia and Australia formed the species that were locked into them began to evolve in different directions making them quite specific to either continent. As time passed and isolated reproduction continued the differences between the species, which had once been closely related prior to the continental divide, became much more pronounced.

The Wallace line runs through Indonesia in the coral triangle between Borneo and Sulawesi and down through the Lombok Strait which separates Bali and Lombok. Birds appear to mainly observe the line as many species do not fly over even narrow stretches of water and mammals are generally limited to either one side or the other. Other plant and animal groups show differing levels of observation of the line but in general, the division of species is strikingly consistent – one exception is the long-tail macaque (also known as the crab-eating macaque) which is one of only a few species of mammal found on either side of the Wallace line.

The invisible ‘Wallace Line’ is also noticeable from the geological landscape of the area, particularly when looking at the continental shelf contours. The Wallace line basically follows a deep-water channel that marks the southeastern edge of the Sunda Shelf which links Borneo, Bali, Java, and Sumatra underwater to the mainland of South East Asia. Australia is likewise connected via the shallow ocean over the Sahul Shelf to New Guinea – these geological features are indicators of the period when Asia and Australia were still one landmass.

When the two continents were formed a number of islands and island chains were created along the Wallace Line which were separated by deep water trenches from the Asian and Australian Continental Shelves. These islands are now collectively also known as Wallacea and they are home to a number of very distinctive species. The Wallacea Islands include Sulawesi, Lombok, Sumbawa, Flores, Sumba, Timor, Halmahera, Buru and Seram and the many smaller islands that lay between Sumatra, Borneo and Java to the west and Australia and New Guinea to the south and east. In total, the Wallacea Islands encompass a total land area of approximately 347,000 square kilometers and are home to numerous endemic species of both plants and animals.

As well as straddling the Wallace Line Indonesia also sits in the heart of what is termed ‘The Coral Triangle’ – an area recognized as being at the global epicenter of marine biodiversity. The Coral Triangle is a roughly triangular-shaped area covering the tropical marine waters of not just Indonesia but also Malaysia, the Philippines, Papua New Guinea, the Solomon Islands and East Timor. Despite spanning only 1.6% of the world’s oceans the area is home to around 600 different species of reef-building corals (76% of the world’s known coral species), 2500 species of fish (37% of the world’s fish species) and it provides habitat for 6 species of threatened marine turtles, numerous endangered fish, and cetaceans such as tuna and blue whales.

This extreme level of marine-biodiversity is never more apparent than when cruising – it is truly astonishing the number of species that can be seen during a cruise through Raja Ampat alone.

It is not surprising that Coral Triangle diving by far surpasses that in other regions. Scuba divers are greeted by stunning coral reefs that are bursting with colour and teeming with life. Coral growth extends to depths of 60 meters and below. For underwater photographers, this is an underwater playground and there is no better canvas.

When scuba diving the Coral Triangle there are limitless opportunities to see a vast amount of rare and unusual marine species, as well as plenty of larger species from whale sharks through to manta rays.

Coral Triangle snorkeling certainly doesn’t disappoint either. With a huge number of shallow water reefs and coral gardens, it’s not necessary to don scuba gear to enjoy all that is on offer underwater.

With an abundance of marine life to be found at depths of up to just 10 meters (and considerably less), snorkellers will be rewarded with close up encounters of incredible marine species.

El Aleph cruises in Indonesia introduce you to the incredible marine life of the Coral Triangle combined with the phenomenal topside flora and fauna which distinguishes the Indonesian Archipelago from anywhere else on earth. Explore this breathtaking region in unsurpassed luxury whilst enjoying exclusive service from your personal cruise crew.

El Aleph is fully equipped with sea kayaks, snorkeling and scuba diving equipment, donut ring, bodyboard, water ski’s and more, so there is always plenty to do onboard and in the water when you are not onshore. For those who want to take the cruise at a more relaxed pace, there is nothing better than watching the tropical landscape glide by from El Aleph’s resplendent deck.

For reservations or enquiries, please contact us using our contact form –  or email us at info@elalephcruising.com; we will get right back to you!
We are not a yacht agency — your enquiries will be addressed directly by the owner. All of our charters are bespoke – custom designed to suit your style and interests.

Please note that for your comfort, luxury and privacy we only take bookings for full charters and not for private cabins.